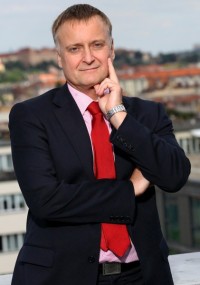 JUDr. Pavel Holec received his doctorate from the Faculty of Law at the Charles University in Prague in 1983. In 1987 he completed his International Business Studies at the Prague University of Economics. Before 1989, he worked at the Legal Department of the Czechoslovak Commercial and Industrial Chamber. In 1990, he opened his own practice with his former colleagues from the Chamber. Pavel Holec continues to manage the firm to this day. Pavel Holec is also involved in arbitration, being an arbiter registered with the Arbitration Court attached to the Economic Chamber of the Czech Republic and Agricultural Chamber of the Czech Republic for commercial cases. He is a regular speaker at local and international legal conferences. Since 2002 he has been a member of the Control Committee of the Czech Bar Association and since 2005 a member of the editors’ board of the Advocacy Bulletin. In 2005, he was awarded with a prestigious title “Lawyer of the Year” in the Development Sector. After opening his own practice, Pavel represented a number of foreign corporations during the privatisation process as well as providing counsel to corporations wishing to enter and establish themselves on the Czech market. He had acted as a counsel, along with other notable international firms and international banks, for the Czech Airport Administration in relation to the development of the main Czech airport at Praha-Ruzyně as well as for other large real estate development projects such a complex of 145 residential homes in Malá Šárka, in Prague 6-Nebušice directly adjacent to the International School of Prague. During 20 years of private practice he successfully completed a large number of international acquisition projects as well as other asset or corporate mergers & acquisitions. As the name partner of the firm he is directly involved in legal services provided primarily to the business sector, where he specializes in contract law, mergers & acquisitions and real estate and development projects.