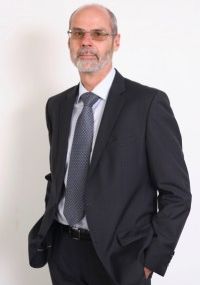 JUDr. Karel Zuska received his doctorate from the Faculty of Law at the Charles University in Prague in 1983. In 1985, Karel Zuska completed his professional training and received a qualification as a judge. In the following years, he worked as a Chairman of the Senate for the District Court in Prague 5. At the end of the 80s, he was involved, as a counsel for the Czech Physical Education Association, with the transformation and legalization of the professional football and ice hockey in the Czech Republic. Between 1987 and 1992 he was a member of the Legal Committee of the European Olympics Association. In 1990, he passed the bar, and became and advocate, opening his first private practice. In 1993, he merged with HOLEC & Partners. In 2002, he was elected to the Czech Bar Association Control Committee. In 2006, he registered as arbitrator with the Arbitration Court attached to the Economic Chamber of the Czech Republic and Agricultural Chamber of the Czech Republic for commercial cases. Karel Zuska has built up, over the last decade, a considerable reputation in the public procurement sector and in the area of Public Private Partnerships, where he advised on the very first successfully completed PPP projects in the Czech Republic both on the municipal as well as national levels. As the name partner of the firm he is responsible mainly for legal services being provided to the public administration and government bodies and specializes in public procurement, state aid, public infrastructure projects and financing of social services.