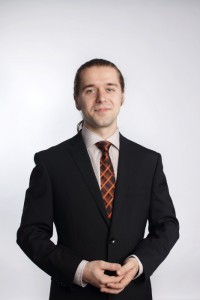 Jan Dudák graduated from the Faculty of Law of Charles University and is an attorney at law, permanently cooperating with the law firm HOLEC, ZUSKA & Partners.

He has been working at HOLEC, ZUSKA & Partners since 2014, when he joined the firm as an associate. Prior to joining the firm, he had the opportunity to try his hand at advocacy in several other law firms in Prague, where he also gained valuable practical experience. Even before his graduation from the Faculty of Law of Charles University (2013), he worked as a trainee at one of the leading international law firms, where he focused mainly on real estate, commercial, labour and administrative law and improved not only his legal skills but also his knowledge of foreign languages, including professional legal terminology. Thanks to this experience, he successfully completed his compulsory three-year traineeship by passing the bar exam (2016) and became an advocate (2017), registered in the list maintained by the Czech Bar Association.

Throughout his career as an advocate, Jan has been working in the fields of both private law (especially commercial, civil and labour law) and public law (especially administrative law, including environmental law), or in areas crossing both fields (e.g. insolvency law or public procurement). In addition to general legal advice, drafting contracts, legal analyses and opinions and various other legal activities, he focuses in particular on dispute resolution, including negotiating out-of-court settlements, as well as representing clients in proceedings before authorities or courts, in civil, administrative and criminal matters. He can add to his experience in procedural representation a wide range of acts in proceedings before the highest judicial instances, whether it is appeal proceedings before the Supreme Court, proceedings on cassation complaints before the Supreme Administrative Court or proceedings on constitutional complaints before the Constitutional Court.

Jan has provided legal advice, among others, to many public entities, primarily universities, public research institutions, regions, towns and municipalities, state organisational units and other public entities, and has participated in many important projects, especially in research and development, including negotiating and drafting contracts, also in the context of public-private cooperation or international projects. As he has often been involved in projects funded by various subsidy programmes or state support for research, development and innovation, he has a broad expertise in the area of state aid, subsidies, including support from EU structural funds, and in matters relating to the management of public funds in general.

Jan also routinely advises business clients, particularly German-speaking ones, primarily on commercial, corporate and employment law matters, and has also been involved in, among other things, the establishment and conversion of business corporations and the negotiation of various commercial contracts.

In addition to Czech language (mother tongue), he speaks English and German.